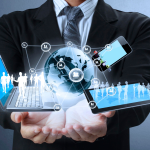 I recently polled managing partners of mid-sized CPA firms to see what they do to ensure that their technology has the optimal impact on their firm’s success.  I received some excellent responses – the results have been previously posted. But the response that caught my attention the most was one from a $15M firm in the south.

While this MP made  it clear that his firm values technology and continuously strives to be current, he is skeptical of all the hype and hoopla preaching the virtues of Amara’s Law (futurist Roy Amara, 1925-2007):  “We tend to overestimate the effect of a technology change in the short run and underestimate the effect in the long run.”

Perhaps this MP shares my suspicion of information presented as fact in the age of internet and biased media coverage by both sides of an issue.Witness the following predictions that fizzled despite what the pundits had to say:

Here is an edited version of my conversation with this MP and his well-spoken IT director, who plays a significant role in the firm’s management.  They gave the OK to paraphrase his comments and to use his name.  But to protect his well-being, I’m not identifying him so he won’t be skewered for his contrarian ideas when this post goes viral!

WHAT ARE YOU DOING TO ENSURE THAT TECHNOLOGY HAS AN OPTIMAL IMPACT ON YOUR FIRM?

“Being a technology futurist on the speaking circuit is a cottage industry.  There is money to be made in scaring executives that their world will be hopelessly disrupted and become irrelevant because of a technology they don’t understand. There is little that most mid-size CPA firms can do with Blockchain and AI directly since they aren’t useful in and of themselves.  But these technologies will be very useful when embodied within software products.  We recently saw the failure of IBM’s Watson, a good example of an attempt to market AI as a direct product.”

CPA Partner Compensation:The Art and the Science explains ► the 12 systems used by all firms ►how to design your firm’s system ►open vs. closed ►the role of “book of business” ►differences between large and small firms’ systems ► the MP’s compensation ► trends and controversies ►overall best practices

WHAT DO YOU HAVE PLANNED FOR THE NEXT 12-18 MONTHS?

“Nothing beyond what software vendors are offering.  That’s the level at which this stuff gets implemented in a useful way. We’re very interested in better network directory stability and reducing the noise with employee time tracking.  But implementation of those ideas requires integration with a product to be useful.”

IS ANYTHING HOLDING YOU BACK?

“Lack of a clear use case to justify the cost and labor of these new technologies.  AI requires a huge investment in computing costs without a clear advantage over humans at our scale/budget.  Data analytics is perhaps the most straightforward technology with the clearest use case.”

WHEN DO YOU THINK THE FULL IMPACT OF THESE NEW TECHNOLOGIES WILL HIT TYPICAL LOCAL FIRMS?

“I personally think it’s a ways off.  How far off?  I have no idea and neither does anyone else.  Many futurists have claimed for years that fully autonomous, self-driving cars are right around the corner, but Toyota recently called this out as naïve.”

WHAT DO YOU TELL RECRUITS AND NEW STAFFERS ABOUT HOW COOL YOUR FIRM’S TECHNOLOGY IS?

“What we see in young people isn’t a love of technology.  We see in them a desire to stay constantly connected.  CPA firms have been unfairly panned as luddites in technology change, but this isn’t true.  The CPA industry was on the forefront of paperless and cloud adoption, virtual desktops, remote work, etc.   Some firms will lag behind, but in general, CPA firms have used technology wisely over the years. We don’t tell them that our technology is cool.  Instead, we tell them that if they have a problem, we will solve it.  If that problem is working from home, we can solve their issues.  If it’s a problem with making the exchange of data with a client easier, we have solutions.  If it’s faster communication with staff, we have that covered also.”

“In an age where the CPA industry is trying to squeeze efficiency improvements out of our technology investment dollars, I think caution is prudent until the market figures out what to do with these things.  Telling a client that her bill went up by 10% for practically the same deliverable as in the past simply because our software is now really cool is a bad conversation to have.Our firm is very forward thinking but we don’t automatically buy into hype or trends unless we can prove to ourselves that the changes are wise investments.”

CLICK FOR RESULTS OF OUR RECENT MP TECH USE SURVEY 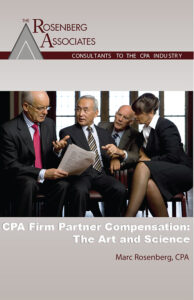 No one partner compensation system applies to all firms. Both subjective judgment and quantifiable methods and tactics must be employed to result in an outcome that satisfies the partners and is perceived as fair. Tailor your partner comp system specifically for your firm: here's how.