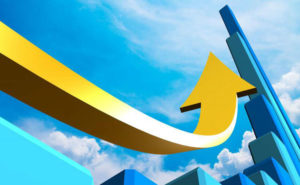 The results of the 19th annual Rosenberg Survey are in and CPAs are smiling from Seattle to Omaha to Miami because increases in growth and profitability abound.

Paralleling the good times is the fact that our profession is on the cusp of the greatest changes and advancements in its history. The triggers are technological innovations such as blockchain, artificial intelligence and data analytics. They will dramatically transform how CPA firms are managed and staffed: in sum, what it will mean to be a CPA.

Revenues were up a solid 7.8%, a tad less than the prior year’s 8.1%. Growth from mergers accounted for 26% of total growth compared to 28% the previous year and 30% the year before. So from that, one could conclude that the impact of mergers on growth, though still strong, may be waning just a tad. Organic growth at 5.8% remained the same as the prior year. Though anyone dialed into the merger arena understands that the M&A market is still quite active, the abating of the “frenzy” factor is due to (a) buyers being more selective, (b) those same buyers needing time to digest their recent mergers and   (c) the logical supposition that the universe of sellers has been somewhat “picked over.”

Profits, as measured by income per equity partner, were $430,000, up 6% from $406,000 in the prior year. The increased profits were due to (a) solid revenue growth and (b) a dramatic increase in leverage, as measured by staff-to-equity partner ratio, which stood at 6.2 this year, up 11% from 5.6 % in the prior year. This is a trend we’ve been observing for the past few years. A number of factors have led to this leverage increase:

Where does your firm rank? For a thorough analysis of current benchmarks order your current copy and consider participating in The Rosenberg Survey.

RISE IN NUMBER OF FEMALE PARTNERS

We noted with pleasure that the percentage of female partners was 18.7%, up sharply from 16.7% in the prior year. Given the dire shortage of qualified personnel, the CPA profession has long been shooting itself in the foot by failing to be effective and proactive at retaining experienced women and developing them into partners. However, as a profession, we still have a long way to go.

The average age of partners and the percentage of partners over the age of 50 both saw decreases from prior years. Older partners are retiring and being replaced by younger partners. This trend will most definitely continue.

Get our expertise delivered to your inbox.Unsubscribe anytime.

“I consider Marc Rosenberg’s publications my go-to source for practice management information. They are always well researched and practical in their application.”

“The Monograph was great. I will share it with some of my partners. I think it will be a good tool in helping to educate some of the up and coming managers on what we are looking for in future partners.”

“I am using the Partner Retirement/Buyout book to update our partner agreements. I really enjoyed the structure of the book. The content was relevant and useful, and very easy to read and get through. ”

“Initially we shared How CPA Firms Work with our Director and Management Groups, but found it so useful we have given it to all our staff and are now incorporating it for new staff while onboarding.”

“Marc’s insight for the profession, communicated through the Monograph series, has proved to be an extremely valuable resource for our rapidly growing firm.”

“We have purchased a number of Marc’s books and I like them because they are concise, have ready points that can be implemented and are focused to the task at hand – CPA firm profitability, retreat planning, succession planning. They are a great resource for the CPA firm owner or manager.”

“Marc’s monograph series provides detailed and thought provoking insights into a myriad of the most important management issues facing partners in today’s accounting firms. The checklists and forms alone will save you thousands of dollars. Why recreate the wheel?”

“I ordered your most recent monograph and my MP and I are both reading it. In our opinion it is a “must read” for every partner in a CPA firm! We would love to make it a requirement for all of our partners. I truly do think it is “the best” management book.”

“Rosenberg's 'How CPA Firms Work' captures the best of the best snapshots in our industry. Our strategic discussions on these points have been focused, saving us hours of research time on our own. And it has given us the confidence to proceed on several issues already addressed by other good firms.”